Cystic Fibrosis. A term parents, Sarah and Elias, had never heard of before but were first introduced to the condition when their daughter, Sophia was diagnosed at just six-weeks-old following a standard heel prick test.

“We’ve had to learn about a disease that most of us hadn’t even heard of before but from this, each of our siblings and some family members have been tested to see if they also carry the CF genes. It has brought our family closer together and taught us to appreciate the little things in life that we once took for granted,” said Sarah.

Cystic Fibrosis affects the mucus glands, resulting in the secretion of very thick sticky mucus. In the lungs, the mucus clogs the tiny air passages and traps bacteria. It is a life-long condition that requires constant management, medication and treatment.

Once Sophia was diagnosed, the family adjusted life around Sophia. The family including Sophia’s younger brother, Elijah, created routine and were more conscious of their surroundings particularly with people who were sick.

“Sophia has a fairly strict routine with daily physiotherapy in the mornings, lots of physical activity throughout the day. She attends lots of dance classes and swimming throughout the week – we try to keep her routine ‘normal’ as possible just like any other child her age”. 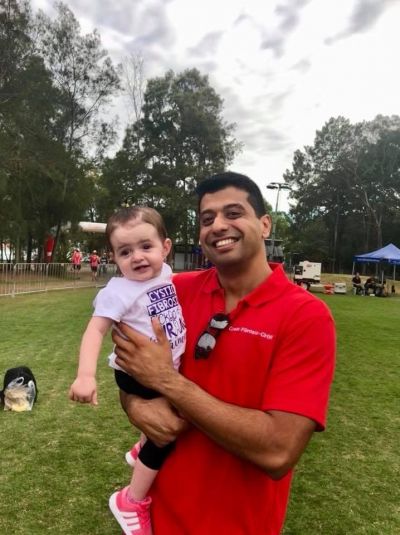 Sophia and Dr Chetan Pandit during the first year of the Walkathon. 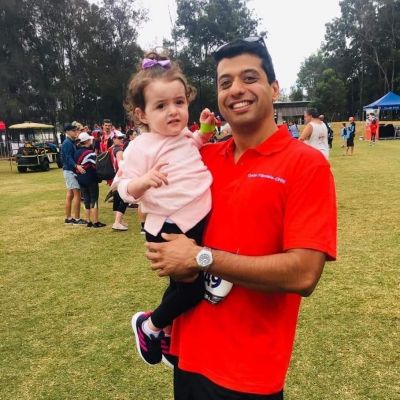 Sophia and Dr Chetan Pandit during the second year of the Walkathon. 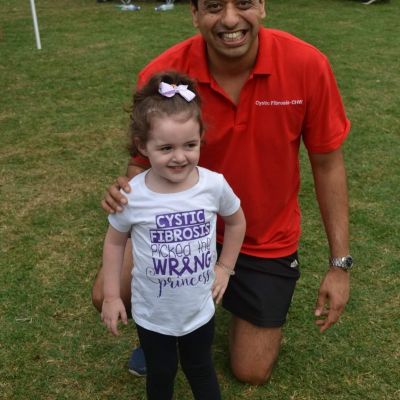 Sophia and Dr Chetan Pandit during the third year of the Walkathon. 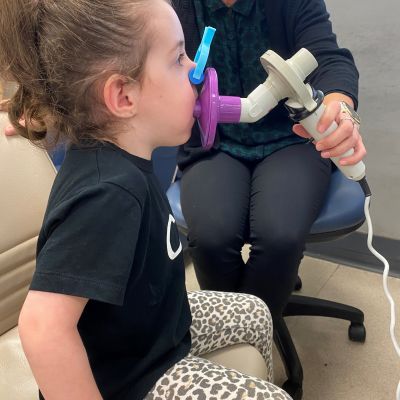 Sophia doing her lung function test at the CF clinic.

Now four-years-old and known for her charismatic and sassy personality, Sophia will be participating in the upcoming 65k 4 65 Roses virtual event coming in February 2021. Sophia is no stranger to the annual fun walk and endurance test as it will be the fourth year ‘Sophia’s Fan Club’ is registered. Every year, Sophia and her doctor, Dr Chetan Pandit, have taken a photo together at the Walk and are hoping to find a way to continue the tradition this year.

“We’re doing the 7km walk. We have people varying from young and old so we’re hoping we’re able to do it together as a team on the day but if not, we will be walking in our local areas wearing our Sophia Fan Club singlets and t-shirts,” said Sarah.

Sophia’s Fan Club hopes to raise as much money for the Cystic Fibrosis clinic at The Children’s Hospital at Westmead who has helped them through their journey since diagnosis.

“The CF Clinic from day one made us feel like they were a part of our family. Sophia adores all of her team and we know that even the smallest problems, they are there to help us.

“65k for 65 Roses isn’t just about raising the needed awareness but it also helps get the much needed funds for not only research but also to help with the running of the clinic — without support, there will be no cure!”

You can make a difference in the lives of those diagnosed with Cystic Fibrosis by signing up to the 65k 4 65 Roses walkathon. Registrations are now open and all money raised will go towards the Cystic Fibrosis clinic at The Children’s Hospital at Westmead and Cystic Fibrosis Community Care.