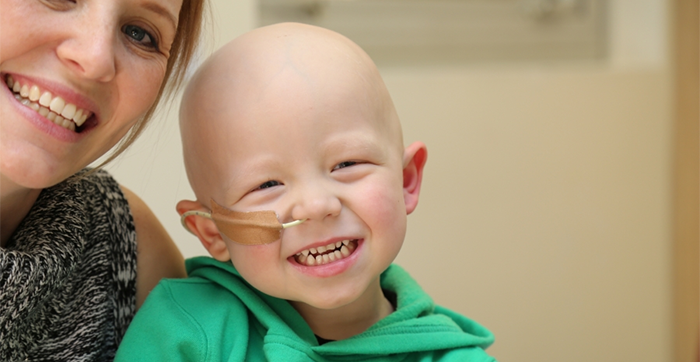 Three years ago, the Miles family’s world came crashing down after their son Bryson was diagnosed with brain cancer.

Bryson was always and active and happy little boy, but a few months before his third birthday had begun losing weight and feeling lethargic.

When he started to get worse their doctor suggested they visit The Children’s Hospital at Westmead immediately for further testing.

An MRI had confirmed the families worst fear, Bryson has a tumour the size of a tennis ball on his brain.

“I remember putting my head to his and willing the tumour to come into my own head because I was bigger and could handle it,”

“He was only a little boy at that time….he was not meant to be dealing with this.” Mrs Miles said.

The next day Bryson had surgery to remove the tumour, this was followed by months of chemotherapy and a number of other procedures. Now, three years after his initial diagnosis Bryson is cancer free and getting ready to run around in the playground with rest of his friends.

The Miles family are now encouraging people to sign up for the 2018 RunWest event this March and help support The Children’s Hospital at Westmead.

“The Hospital has made a massive impact on Bryson’s life, it saved him.

“Without the wonderful teams we had on our side we may not have here talking about this right now, it could have been a totally different outcome.”

To support kids like Bryson you and your family can sign up to RunWest and nominate “The Children’s Hospital at Westmead” as your chosen charity.

RunWest, is a 12km charity run or a 4km family walk to be held at Sydney Motorsport Park on March 31.

For more information and to sign up to RunWest visit: www.runthewest.com.au